Enlarging Your Heart for the Holidays — Part I 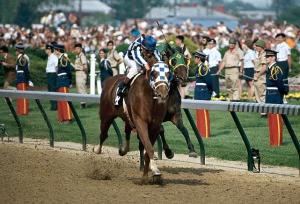 A few weeks ago, I watched the movie “Secretariat” again. I hadn’t seen it since it first came out. Such an inspiring and encouraging story…a story of sacrifice, love, and yet…there’s something that wasn’t known about that special horse until after his death. Why was Secretariat a champion? #Secretariat #heartofachampion Click to Tweet

The Belmont is the longest sprint of horseracing’s Triple Crown. Many horses have won both The Kentucky Derby and The Preakness. But Belmont is a mile and a half, longer than the other two races. A horse has to have developed great stamina and endurance to run flat out and win that race. That’s why most horses don’t win all three.

But there was “something” special about Secretariat. Let’s look at what it was.

In Books of Destiny, by Paul Keith Davis, he talks about that special “something.”

“When this mythic race was over, Secretariat had defeated his closest competition by thirty-one lengths and set an all-time record of 2:24, a feat previously considered impossible.” 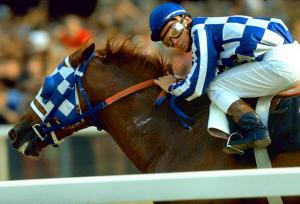 The Secret of Secretariat’s Success

“Secretariat had been given a supernatural heart. Almighty God, the Creator, had given this horse a special endowment and greater capacity than any other race-horse in recorded history.”

Wow! A heart more than twice as large as normal! When I watched the movie again, I remembered this passage, and God gripped ME. I felt he was enlarging my heart. Enlarging it so that I could love people more, love more people, and share God’s love with whomever he pleased me to share with.

Sometimes we need our capacity to receive more from God so we can give more to others, especially during the holiday season that is now upon us. I feel God has been “enlarging” my heart to love. What could you do if God increased your capacity to love…him, yourself and others? #Secretariat #heartofachampion Click to Tweet

1 Comments on “Enlarging Your Heart for the Holidays — Part I”