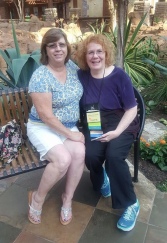 You’ve heard the old song, “Make new friends, but keep the old. One is silver, and the other gold.” You know a friend is truly gold they offer to drive an hour from their home to visit for one and a half hours, before driving that distance again, to go home.

Over the weekend, I had the privilege of connecting with an old friend from college. We haven’t seen each other in 41 years, but that didn’t matter. It was like no time had passed at all.

She remembered something I didn’t. That we were both on the same wing/floor in the dorm our junior year. We were both from Kansas. When you go out of state to school, you like to have friendships with those from your same state, even if a different part. I think it helps the connection get stronger. 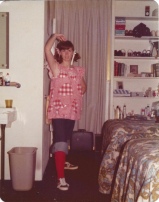 Lois Loomer-Williams was from Independence, Kansas, in the southeast corner. I’m from Newton, and we called that south central. We were a little east of central, but only about an hour or so away from the Oklahoma state line.

I was in Grapevine, Texas for a writers’ conference, and Lois found out. She offered to drive up with her husband (whom I’ve never met). That was an offer I couldn’t refuse.

It turned out to the be highlight of my day. We re-connected on Facebook a few years ago, and it’s been marvelous. We had a lot of fun catching up 41 years. What have you been doing? What’s been going on? What’s going on now? It was great! How to do all that in an hour and a half to two hours. It was an amazingly wonderful time.

I wish we could have had longer, but the conference I was attending was wrapping that evening, and I didn’t want to miss it.

Make new friends,
But keep the old.
One is silver,
And the other gold.

Who’s gold in your life? Leave a comment and let me know.