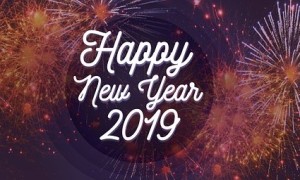 What are your hopes and dreams for 2019? Do you make New Year’s Resolutions? Do you keep them, or do they fall by the wayside? Pick one thing you want to do now. Work toward it. Having one goal is better than trying to make a list of things we need more energy to change than we have available. #HappyNewYear2019 #Lookforward #SeethePossibilities TWEETABLE

I stopped making New Year’s resolutions many, many years ago, because I noticed that at best, I only changed my behavior for a week or two. If I really worked hard, maybe the whole month of January. But then, life would continue as it always had.

Why? Because they say it takes 30 days to change your habits. If you’ve done something for years and you want to stop, it will take you at least a month to change that.

I remember back in the early 90s, I decided to get off caffeine. I don’t drink coffee, only tried it a couple times, but didn’t really like it. I thought why should I force myself to drink something just because it was socially acceptable?

However, I did drink Coca Cola™. In fact, I was addicted to it. At its worst, I could drink a two-litre bottle in one day! It got to the point where I started craving it by 10:00 a.m.. If I didn’t have Coke by noon, I’d get a headache. If I didn’t have any by 2 p.m. I’d get really sleepy. 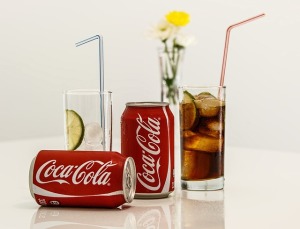 Sometimes, when I’d be on a trip, I wouldn’t have access to Coke that early. We’d visit a friend about a 90-minute drive away, and she didn’t drink Coke, and sometimes when visited, we weren’t anywhere near a grocery or convenience store where I could purchase any.

So, at some point during or around 1991, I decided to quit. I chose my week. I worked 45 minutes away from home at an engineering firm. I chose a particularly slow week where I wouldn’t have to be terribly busy and could handle the withdrawal.

Sure enough. The first few days were unpleasant. Caffeine withdrawal isn’t as bad as a worse kind of withdrawal, but I can remember it took me about a week before I felt “normal.”

I waited a year before drinking Coke again. It didn’t take long, but my body didn’t like it and let me know. I got a stomachache and a headache. So, I went another year. Same thing. So I decided to wait years.

Finally, maybe it was after five years, I could drink some without getting ill. And yes, I could have just switched to a caffeine-free version. But I didn’t want to be addicted to anything at that point.

Now, this year, I’m withdrawing from too much sugar. I’m cutting out two cookies a day that I’ve been having (allowing myself) for the last eight or nine months, maybe even a year. I’ll let you know how I’m doing.

What habit would you like to break this year? Take a step toward it. #HappyNewYear2019 #Lookforward #SeethePossibilities TWEETABLE