The clock is ticking. Will the hero save the girl? How will they escape the villain? We’ve looked at the term “cliff-hanger” –– what it means and its modern origins in the silent film era. But even after sound, cliffhangers kept moviegoers in suspense. They’ll keep your readers turning pages. Click to Tweet #amwriting #creatingsuspense

We’re going to take a few weeks here, but the four kinds of cliffhangers. Let’s look at the first one.

This is what we’re used to seeing in the movies, where the heroine is tied to the train tracks by the nasty villain and the train is looming. There are three types of physical cliffhangers, and in all these, it’s bad.

Something horrible just happened to your character. If you end a prologue, a chapter, or a scene with something bad happening, the reader will want to know what happens. Here’s an example from my novel, “Meghan’s Choice.” The cowboy, Duncan, makes a daring leap, in the wrong place at the wrong time.

Duncan heard McCloskey’s gun discharge twice as he threw himself toward the gun hand to deflect the shot. Impact slammed into his chest. He twirled and collapsed onto the street.

The world froze, then moved in slow motion. His life passed before his eyes. He happily played with Davy, wept at Davy’s funeral. Harvard appeared. His westward journey, finding Jesus in a Kentucky tent meeting, and getting Tilly. Finally, Meghan’s lovely face. Jesus, into Your hands.

Something bad happened. The scene ends there. 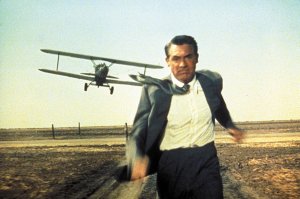 A Bad Thing is About to Happen

The “truest” form of a cliffhanger, the character is left in a perilous condition. Remember the main question of suspense, “what will happen next?” The reader will want to know.

Here’s an example from Bad Things Happen, by Harry Dolan. David Loogan is awakened at night from a nightmare, and thinks he hears something in the house he’s staying in.

Loogan heard movement and felt sure someone was behind him. He spun around, slashing with his knife. The blade whistled faintly in the air. It struck nothing, there was no one for it to strike. He lowered the lnife until the blade pointed at the floor.

Just then, the figure of a man seemed to materialize in the doorway of the office.

The scenes ends right there.

At various point, insert feelings, moods, thoughts, dialogue, and the way the setting looks to the characters. These are tools for foreshadowing a cliffhanger. Here’s another short example from my novel, “Meghan’s Choice.” A hot, summer day, will there be a tornado?

Duncan awoke at dawn on June Fifth, knowing it would be a scorcher. There were two directions the day could go. The first was unrelenting heat. It could reach ninety to ninety-five degrees—too early to be so hot. Or, there could be a severe summer storm later, maybe even a tornado.

He’d heard that Kansas had a lot of tornados. He began praying before he even left his bunk. Oh, Lord, have mercy. Protect us. Keep us safe.

Next time, we’ll be looking at the other two types of cliffhangers over the next couple weeks. A cliffhanger makes the reader want to know what happens next. Click to Tweet #amwriting #creatingsuspense 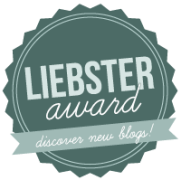