Getting Inside the Romantic Hero’s Head—Part VI 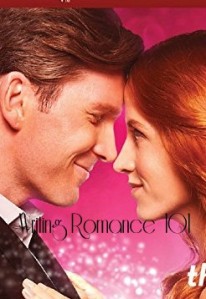 This time, we’ll conclude our series of Getting Inside the Romantic Hero’s Head. Because there is so much to writing a romance. I’ll be getting to some “Nuts & Bolts” of writing “clean” romance while satisfying the reader. It’s not just “chemistry” that brings two people to love. Love is a decision based on factors of attraction. Click to Tweet #InsideHerosHead #donnalhsmith #almostanauthor #writingromance101

For the past number of posts, we’ve been working on various aspects of creating a contemporary story called “Romancing the Rabbi.” Our two main characters are Tovah and Judah. We’ve been looking at both the romantic lead characters. Tovah is a rabbi who lives in Brooklyn. Judah is a CEO who lives in Manhattan, but is originally from Jerusalem, Israel.

We’ve established that Tovah, a rabbi, gets tongue-tied around Judah. There’s just something about him that attracts Tovah. She likes the kinder and gentler type of hero. Alpha males don’t like her, because she’s too strong for them. She likes to be in charge, because she has a teaching and leadership gift. But the gung-ho soldier-type bull in a china shop male is not for Tovah.

So, when she meets Judah, instinctively, she knows he’s not an alpha male. He’s strong in character because he’s had to be, but his personality type is that calm, laid-back kind of guy who is sensitive to a strong female without feeling inferior to her. 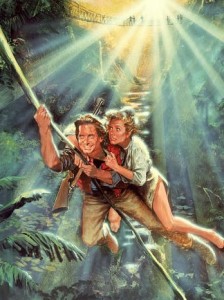 When Judah meets Tovah, and she stumbles around her words, it actually endears her to him. He’s sensitive, and instinctively knows Tovah is nervous around him. He doesn’t know why, but he is amused and sensitive enough to want to get to know her better. Her being a rabbi in charge of the synagogue Judah attends, doesn’t bother him at all.

Let’s revisit a scene from several weeks ago — when they first meet.

The lady rabbi greeted everyone as if she were at a wedding reception and she was the bride. Judah wiped his hand on his pants. The last thing he wanted was for his sweaty palm to touch the rabbi’s in a welcoming handshake. Almost immediately, Judah’s palm moistened again. Was he nervous? There seemed to be something pass between them when he handed her the papers that had flown from her podium.

Uh oh. He was next in line. His heart began to beat faster. For the life of him, though, he didn’t know why.

“Hello. Welcome to synagogue today.” Her voice was just as natural as it had been while speaking the message.

“Shabbat Shalom.” The lines around her mouth crinkled as she smiled. A sweet little smile that seemed to light up his heart. Where’d that thought come from?

“I—I wanted to thank you for picking up my papers today. I—I can’t imagine what happened.” Her lip quivered a bit.

“You’re welcome. Anyone else would have done the same.” Was she as nervous to meet him as he was meeting her? How could that be? She’s a rabbi. He’d never known a lady rabbi before. He’d grown up conservative in Israel. But he knew things were changing little-by-little.

He smiled to himself. She stumbled over her words in conversation, even though eloquent from the stage. She was human, after all. A woman…with likes and dislikes. He liked her.

What factors, characteristics, and qualities do you look for in a date, or a mate? The romantic lead will need to recognize what she likes and doesn’t like. The hero also needs a certain amount of self-knowledge to know what kind of woman he is attracted to. Click to Tweet #InsideHerosHead #donnalhsmith #almostanauthor #writingromance101