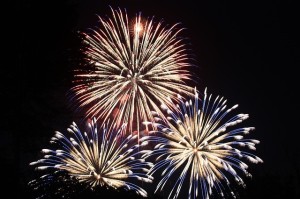 Nike’s slogan “Just Do It.” But many of us may not know what we are to “do.” Do what? We live in an era of freedom to choose what we “do” with our lives? What job we do and where we work. Where we live. Although some may argue their options in life have been limited, I say, that’s happened to me, too. But I’m free to choose another direction. Another way. #FreedomsFireworks4July #donnalhsmith #IndependenceDayJuly4 #Free2DO

You’ve heard the saying, “If life hands you lemons, make lemonade.” Here in Pennsylvania, where I live, we have a “lemon law.” If we purchase a car and it turns out to need more work than it’s worth, it’s called a “lemon.” We can actually get our money back to get another car if that happens.

I can’t tell you how many “careers” I’ve had — trying to find that “one thing” I’m to “do.” Sometimes, I’ve felt I would never find it. I tried this, I tried that, none worked for long or well.

I kept coming back to writing, even though for most of my life, I couldn’t make much of a living from it. So, my writing journey has been “on and off” for over forty years. 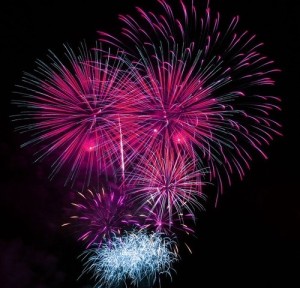 You might say, “but I don’t have the education.” Do you read? Because you can learn so much just by reading. My father-in-law never went past eighth grade. He’s passed away now, but when he was alive, it really astounded me to learn that. He eventually, I think in his seventies, went back and earned his GED. That is truly amazing. He taught me about mutual funds, because that’s where he decided he would put his “fortune.” He studied for a period of years, watched those business shows on TV where they talk about finances, because he wanted to make sure, if he died first, that his wife, and/or children would be well provided for.

As it turned out, my mother-in-law died first, but the legacy of mutual funds he left for my husband my brother-in-law was substantial. And he didn’t get the high school diploma equivalent until he was long past retirement age.

I made some sort of decision early on that if I wanted to learn something, I would find a way to do it. Remember back in the late 80s, when “desktop publishing” was first made available? I wasn’t “chosen” in the company to learn it, but I wanted to learn because I saw the future it had. I learned the basics because one person let me study the book they’d received during their class, and let me work on the one computer that had desktop publishing in the company — after hours.

I’m not a graphic designer, but I know the basic elements of good design. Because I wanted to learn.

Category: Encouragement, Inspirational, Spiritual Growth     Tags: Free to BE, Free to Do, Freedom from Doubt, Freedom from Fear, FreedomsFireworks4July, www.donnalhsmith.com