Choose from three types of story beginnings without plotting a single scene. The protagonist 1) has it all, but it’s taken away, 2) dangle what they most want in front of them, 3) make them face their greatest fear. #Plotting4Pantsers #StoryBeginnings @donnalhsmith @a3writers TWEETABLE

In the first beginning, all is at peace. The protagonist may have just been through something challenging, but now, all is well. But not for long. Something or someone comes along and takes that which is most dear. Remember “The Searchers?” In that movie, John Wayne has just come home from the Civil War. All is well until his brother and most of the family is killed by Commanches, and his niece is taken. The rest of the story is him trying to get her back. Trivia: in the movie, “Debbie” is played by two sisters, Lana and Natalie Wood.

Say your protagonist is a young girl. She loves gymnastics and is proving to be pretty good at it. Some have even said she could make the Olympic team if she works at it. So, she decides to train, work hard, and it takes years—but in the end, she’ll make the team. That’s the “dangle the carrot” type beginning. The character decides what they want more than anything else. Then they pursue it.

The third type of beginning is making the story about your main character having to face their greatest fear. Think “The Fugitive.” Dr. David Kimble is a respected, law-abiding citizen who comes home one night to find his wife murdered. His life is turned upside down. To make matters worse, he’s convicted of the crime. He manages to escape and goes on the run to try to find the real killer, the one-armed man. Constantly living in fear of discovery, always on the run from the law, Kimble must also investigate in order to someday prove his innocence.

Choosing one of these story beginnings will set your story and your protagonist on a journey—a journey to complete their character and the saga they’ve just set out upon.

A pantser doesn’t have to outline every scene or chapter ahead of time. Using basic principles like plot twists, story beginnings, and raising the stakes, a pantser moves the story along and doesn’t plot a thing. #Plotting4Pantsers #StoryBeginnings @donnalhsmith @a3writers TWEETABLE

If it’s taken away, protagonist goes after it. Dangle it and they’ll chase it. Force hero to face their greatest fear. Choosing one of these story beginnings will set your course and you won’t have to plot a single scene. #Plotting4Pantsers #StoryBeginnings @donnalhsmith @a3writers TWEETABLE 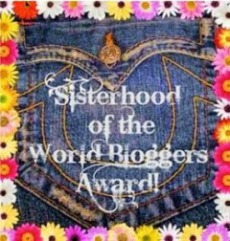