Childhood friendships can either be rewarding or quite painful. I had one friend I grew up with in elementary school, who once we entered junior high, decided I wasn’t good enough for her. I’m writing about these experiences from my past to share insights about why APD is so very hurtful. But with hope for healing, the pain can be released. Click to Tweet #amwriting #rejection #APD

As if I wasn’t having enough problems in seventh grade with the Horrendous Miss J, a childhood friend turned fickle on me at the same time.

We were in Brownies and Girl Scouts together. Trading school pictures with her was always fun. And, we got together after school at each other’s houses, had sleepovers together, always getting along very well.

In fourth grade, when it came time to decide about what instrument to learn to play, I chose clarinet because she did. I really had wanted to learn the flute because I always loved the sound of it. But clarinets were supposed to be easier to learn. And because she chose to learn clarinet, so did I.

And then came seventh grade, where the “cliques” started. And of course, I was never part of one, but she wanted to be part of the “in” crowd, and she couldn’t do that and remain my friend. So, she ignored me. If I said “Hello,” she’d turn away as if she hadn’t heard me. This happened all of seventh grade and at least half of eighth, until her family moved away.

Funny thing though. Every once in a while, she’d call me and ask me to “come over and stay all night.” That’s what we used to call sleepovers. And of course, I’d go. I still liked her even though she treated me like dirt or ignored me totally.

One day in eighth grade, I’m guessing, she and I and one other girl had a b–i–g blowup in the locker room after gym class. In my attempt to feel important, especially after their relentless insults, I made a statement at the drummer of Herman’s Hermits just had to be a long-lost cousin or relative. Barry Whitwam was the drummer. My mother’s maiden name was Whitwam. Herman’s Hermits were from the Liverpool area in England. So were my grandfather’s folks, or so my grandmother told me. It wasn’t a huge stretch for me, but to everyone else, it obviously sounded ridiculous.

Anyway, after coming home that day from school, I took all her school pictures I’d had since first grade, and ripped them up. I cried for at least an hour. Then Mom came home from wherever she’d been, and told me I needed to forgive my fickle friend. I did. But it still hurts.

She left school soon after, and I only saw her a couple times after that––when we were either in high school or post-high school. I’d run into her at the grocery store. She would be friendly then. So I would be, too. But she had hurt me more than any other friend. I heard later she had a lot of troubles.

But her mother came to my mother’s funeral, and that meant a lot to me.

People with APD hurt deeply. Anyone would, but to a person with APD it hurts so much more. It’s like the difference between a slip of a kitchen knife while chopping in the kitchen, and someone actually stabbing you in the heart. The best way to help someone with APD is to be understanding and kind, non-judgmental, and pour out your love to them. Love heals. Click to Tweet #amwriting #rejection #APD 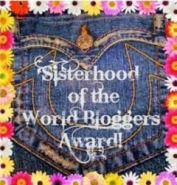